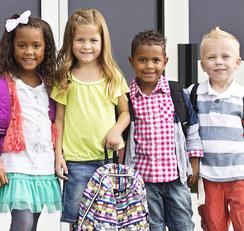 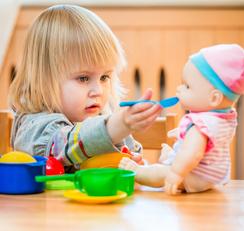 Lily Pond Child Development Centers was founded as its own legal entity in 2006 after the local Easter Seals determined it would discontinued the child care programs. Lily Pond now operates under the 501(c)3 non-profit educational organization Kids First Blair County.  Kids First Blair County was created by our founder, Jackie Clouser, to forge ahead with the vision and mission to serve children and families with high quality, evidence-based child care and early childhood education.

At the time of our founding, Keystone STARS was in it's infancy, much like the newly incorporated Lily Pond Child Development Centers.  The staff and administrators got to work enrolling all of the Lily Pond locations in the Keystone Stars program.  They began the hard work of increasing teacher qualifications and pay, implementing curriculum that met the new Pennsylvania Early Learning Standards, and developing management policies and procedures that supported a mission and philosophy of program excellence.  In 2007, the Early Learning Center was the first location to be awarded a STAR 4 rating, leading the way for the remaining sites.  Currently, all Lily Pond locations are awarded the STAR4 quality rating.

MY HOW WE'VE GROWN

As the quality of Lily Pond Child Development Centers has increased, so has the size of the program.  At the time of our founding, Lily Pond served 164 children with a total of 27 staff.  As of the 2014-15 school year, the program has the privilege of serving over 375 children with more than 45 dedicated teachers, administrators and support staff.  In addition, we are joined daily by a dozen or more Foster Grandparents and student volunteers and interns.

The Right Choice for Kids